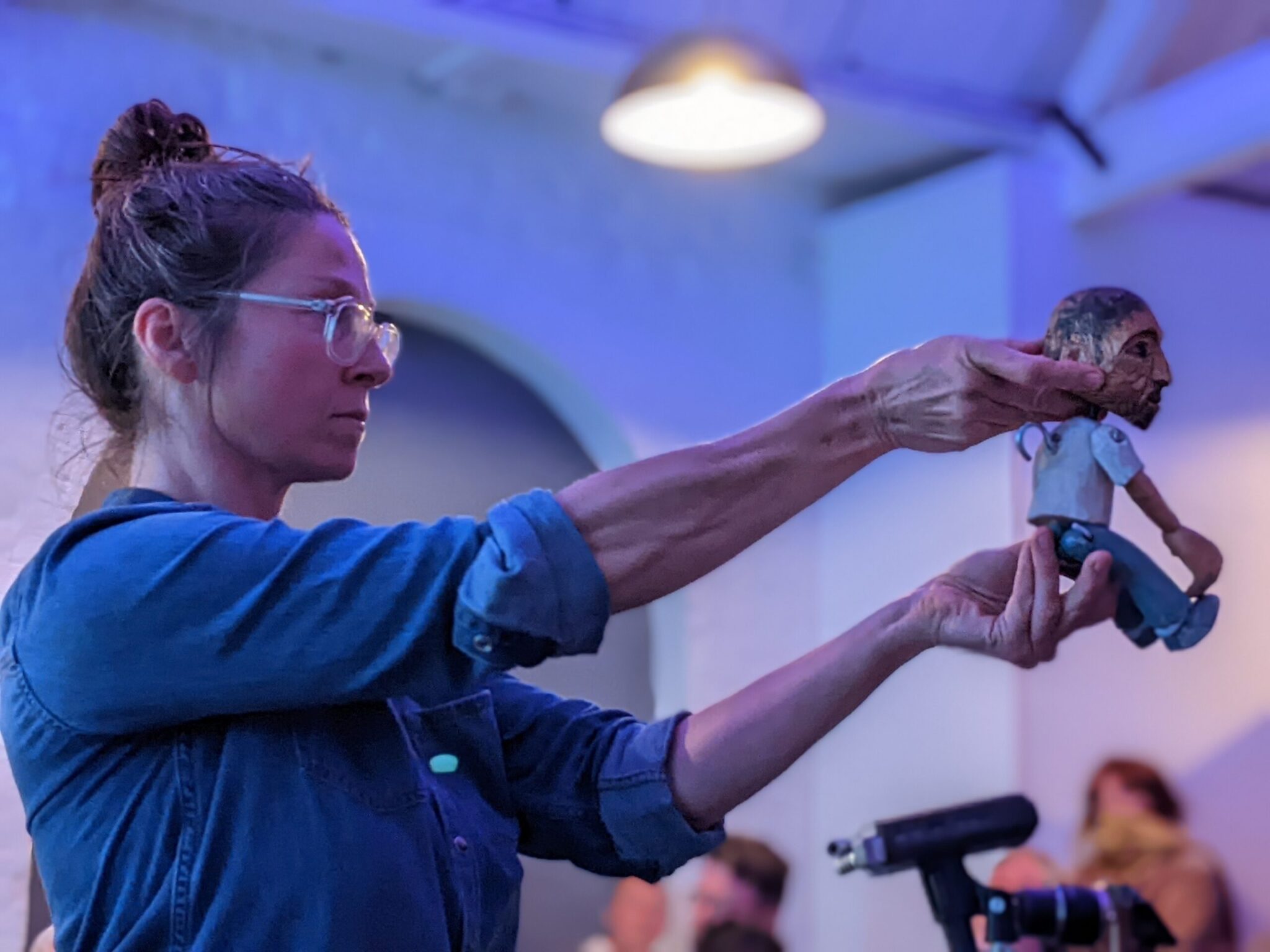 Since 2015, Refugee Tales has organised large scale walks in solidarity with refugees, asylum seekers and people who have been held in immigration detention. On each night of the walks the stories of these people are told, often in collaboration with major writers such as Ali Smith or Abdulrazak Gurnah.

Tonight Dragan Todorovic reads ‘The Migrant’s Tale’ in which the story of someone fleeing Syria is interspersed with a reimagining of ‘The Man of Law’s Tale’ from Chaucer’s Canterbury Tales. The theatre maker, puppeteer and Feldenkrais practitioner, Kristin Fredricksson, experiments with elements of puppetry, light, gesture and music to connect with ancient storytelling traditions that often took the form of semi-improvised multimedia performances.