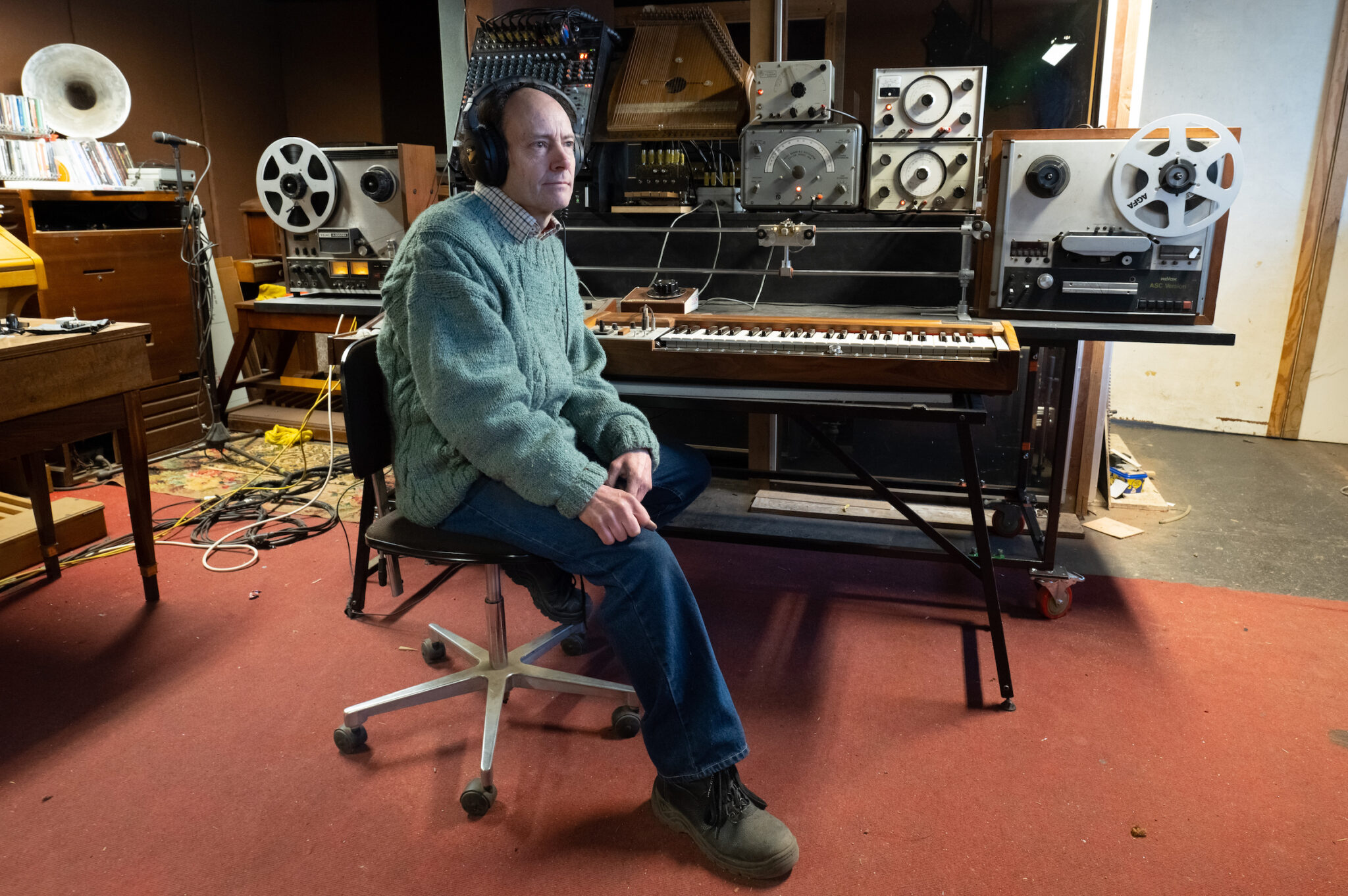 This is the first screening of a rough cut of a new feature-length documentary about Henry Dagg, a musician and creator of new musical instruments who lives in Faversham. His many creations include:

The Sharpsichord: perhaps his best known instrument, a 2.5 -ton programmable automatic harp made from stainless steel, which was used by Bjork on her Biophilia album.

The Catastrophony: an organ of tuned miaowing cats that reduced Prince Charles to tears when Henry played it at Clarence House.

The Hooty-Scooty: a combination of a hurdy-gurdy and a scooter.