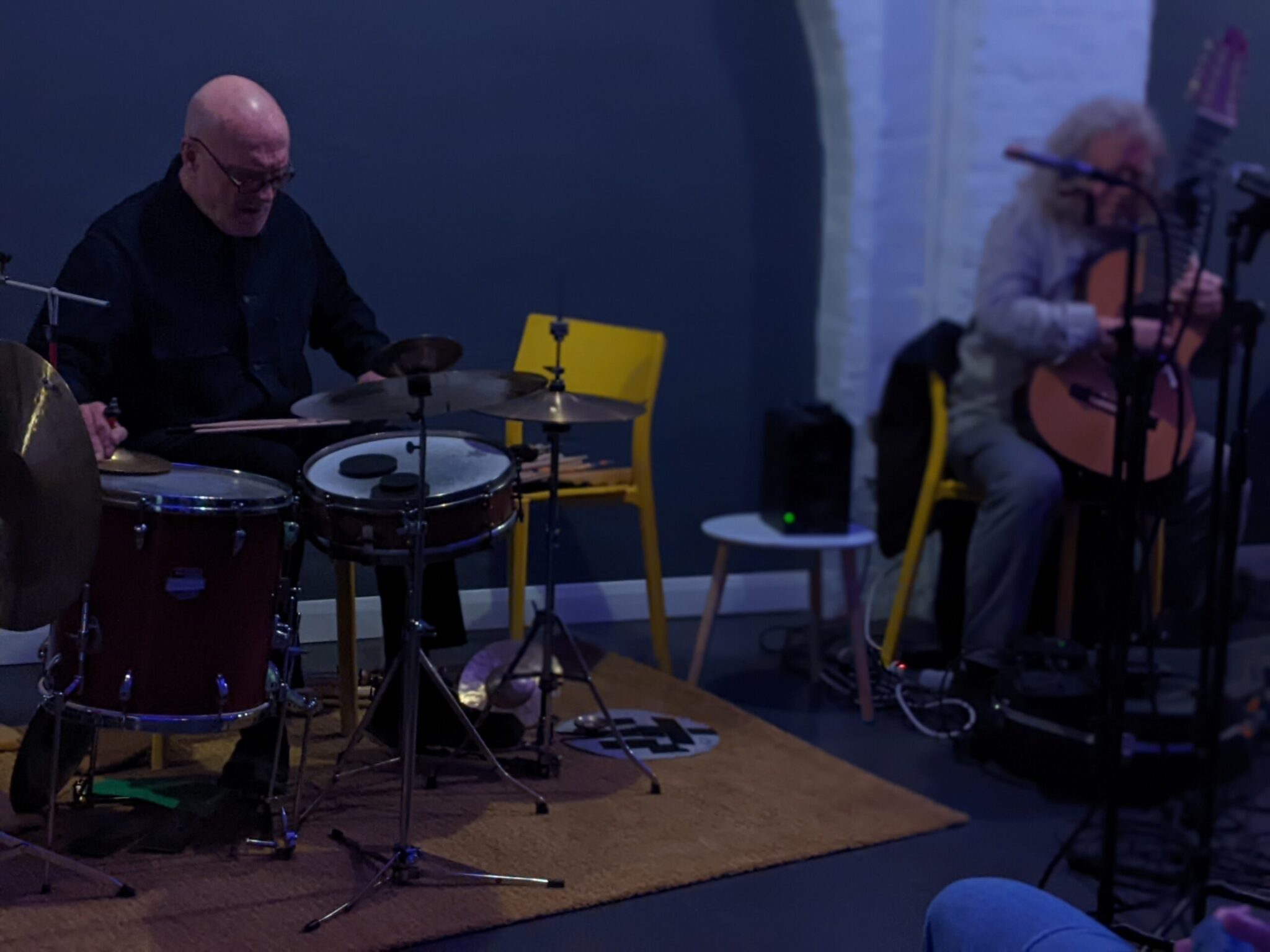 We are pleased to present the drummer Roger Turner improvising as duo with the guitarist Pascal Marzan.

Pascal Marzan plays a microtonal 10 string guitar. After studying classical guitar in Paris in the 70's and 80's, playing music by Luciano Berio and Tristan Murail, Pascal became interested in improvisation and the music of eastern Europe, Asia and Africa. He was particularly drawn to central Asian music from Uzbekistan, Tadjikistan, and Kyrghyztan.

The drummer Roger Turner has been described by The Wire as "one of the giants of free improvisation":

‘He has a virtuosity as astounding as it is inexplicably hilarious. i have rarely heard such an exquisite combination of volcanic power and finely- honed precision' (The Wire)

The opening set features the poet Kat Peddie reading from her own work alongside a collaboration with Walt Whitman, the Free Range Orchestra and the audience.

The original line-up for this evening included Phil Minton, who was unable to play because of ill health.