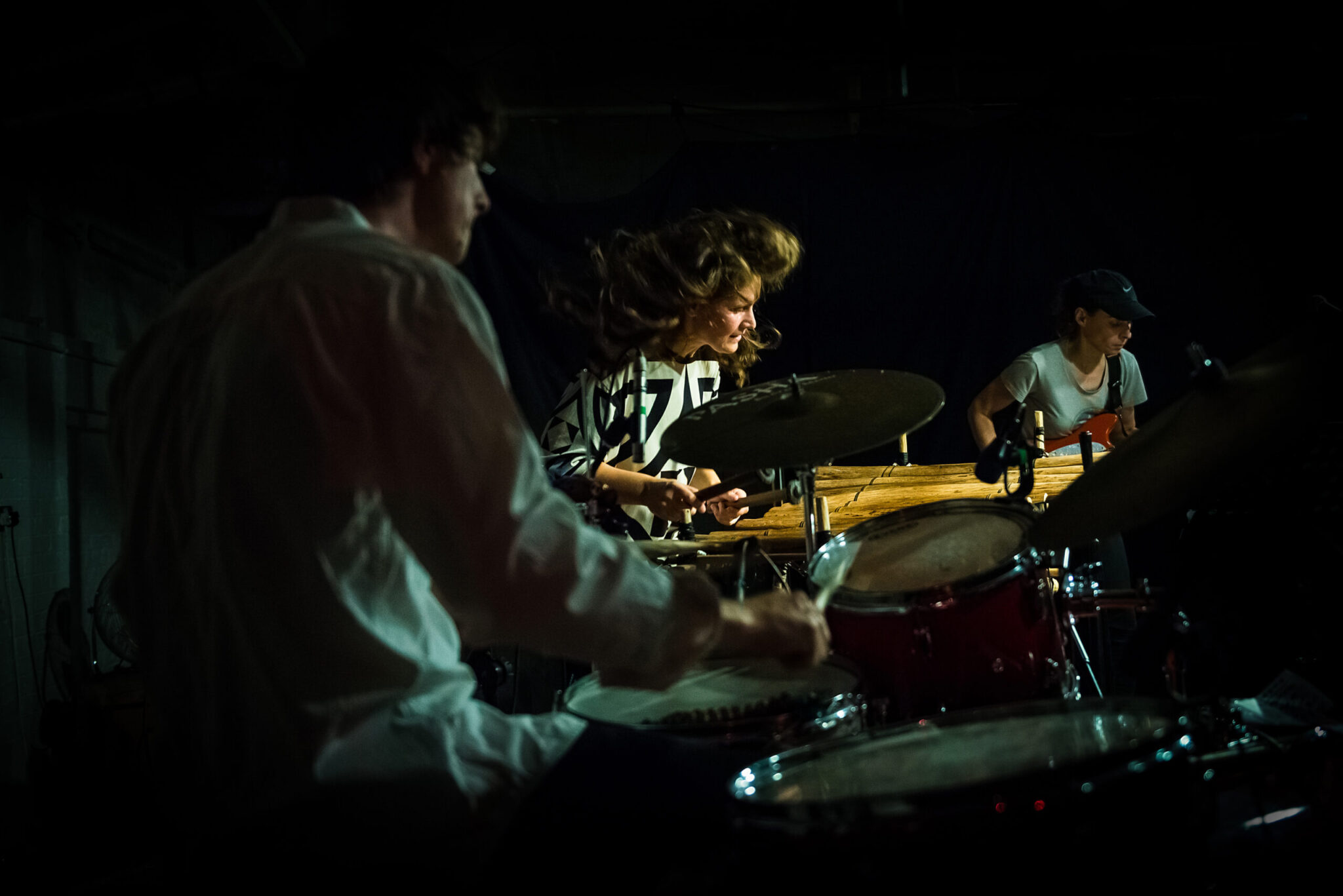 “Dance to it, make love to it, stare at the clouds to it” - Iggy Pop

Formed by Bex Burch in 2015, Vula Viel’s music has shifted over the course of their three critically acclaimed albums from Afro jazz-tinged adaptations of traditional Dagaare music towards a unique sound rooted in post punk.

Placing Bex's rawly delivered gyil (Ghanian xylophone) rhythms as the central element, the band’s scything rock dynamics have seen them championed by Iggy Pop. The trio, whose line up is completed by bassist Ruth Goller and drummer Jim Hart, have gained further plaudits for their pulsating live shows at venues such as Café OTO and Total Refreshment Centre, and festivals such as WOMAD, Moers Festival, and Willisau Jazz Festival, alongside live sessions for Gilles Peterson’s BBC 6 Music show and at Worldwide FM.

The trio are joined by NYC legend Peter Zummo, who in addition to performing his own compositions and leading his own ensembles, has worked with myriad bands, orchestras, composers and musicians.

His celebrated trombone style is recognised as one of the most beloved features of Arthur Russell's sound, for whom he played and collaborated with in the recording studio.